Not really a review, just a blurb about the film.   We got a copy of the Nico Fidenco soundtrack for the Italian erotic film Candido Erotico in the mail today awesome stuff some cross over tracks with some Laura Gemser black Emanuelle films (which we are about 15 films into that Oeuvre right now, which is how we discovered this film, well there was in the film anyway seems to not be on the soundtrack cd) but good stuff all the same.
Candido Erotico/The Exhibitionist is a 70’s Italian soft core/erotic film that is surprisingly a really moving, poignant and beautiful film.  We saw it for the first time about 2 weeks ago in a euro sex comedy collection from Alternative Cinema (yes those Misty Mundae Dist/Prod guys)  It’s really interesting and moving film, a little bit over the top on the happy walks on the beach/amusement park loving couple stroll scenes, but some real emotional depth of acting in the faces of the two lead characters, and some psychological depth to the characters issues, and the ending, yup ok gonna say it was very tearful. SHUT UP! So makes all the walks on the beach scenes etc worth it.
Anyway something that i might have got subconsciously, but never picked up on in my conscious brain until someone mentioned it when i was telling them about the film, they said is sounds very much like the Italian opera Pagliacci.  We do no research before watching a film i.e. reading reviews or analysis and shite like that, we leave that until after we have seen the actual film, because toooo many times they ruin the film and we want to be engrossed in the emotion etc created by the filmmakers, not swayed by some “magnolia fan” writing shitty reviews from his parents basement.  So we read nothing about it, but now having read about that, and not being an expert on Pagliacci we do agree that looks like they took at least the clown aspect and utilized that.  Certainly in the last scene running into the last shot, it is truly beautiful.
Anyway though slow in some parts, and some might not be interested in the soft porn aspect of it, but it was very beautiful film that had us crying, and after only one drink too! Nico Fidenco, thanks again for a wonderful accompanying soundtrack.
anyway thats life in pistachioville
The soundtrack and i guess the film maybe loosely follows the soundtrack and story of Midnight Cowboy, by the looks and sounds of it, but it’s been 20 years since we saw Midnight Cowboy.  Not that this detracts from the film itself, just a thing we noticed.   The start of the them song Man of Devious means, the first words could be “everybody is talking at me”.
Ohh and “Viva Pagliacci I love you very muchy” 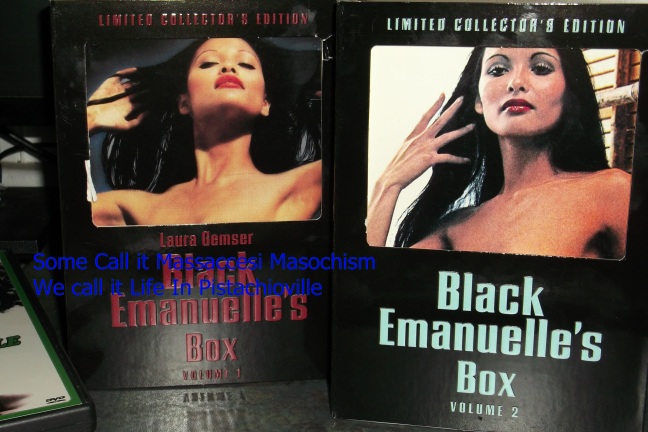 Shaun breaks down misinformation and lies on the PragerU youtube video. A channel that is masquerading as a university.    We believe it is important to take deliberate misinformation as seriously as lies, as people may A) believe PragerU is actually a University, or B)  most people will be too busy in their lives to go and research and see if PragerU is actually telling the truth.  but Shaun breaks the basics of it down in 20 minutes.

“THE BRITISH EMPIRE WAS HAPPY TO LET PEOPLE GO THEIR OWN WAY AND RULED COLONIZED COUNTRIES WITH A LIGHT HAND”    Ok i am paraphrasing what the guy says maybe,  but thats basically what he says.   they didn’t enslave anyone or kill anyone? lol

Click play, click youtube in the bottom right of the video and go to Shaun’s channel to subscribe like or comment, we just felt compelled to share this due to the mass of disinformation in the PragetU video,  We would even say abuse of information, abuse of history and helping in the continuation of abuse of peoples and or planet!

This is the first if our relaxing nature videos, Relaxing River Flowing, filmed at the eel river in Northern California. timed for lunch break size length, get 15 minutes of relaxation here before your lunch break is over and work commences again. Subscribe for more to come to help with relaxation.